The FTX bankruptcy and the crypto market

Why is the case so complicated?

November 11, FTX and its ecosystem of 130 entities have applied for a bankruptcy in the United States. But the complexity of the ecosystem created around the exchanges can add significant time to document processing. Creditors, investors and legal experts are now asking how the bankruptcy of FTX has been managed. Will the debt be honored? If so, when?

The most complex bankruptcy case in US history?

This point of view is that of Caitlin Long, founder of Custodia Bank. According to digital asset experts, the bankruptcy case of FTX is very complex. The collapse of the exchange is perhaps the murkiest in the history of the United States. This complexity can be explained by several factors: the number of entities involved in an insolvency proceeding, strong internationalization of the Bahamas-based platform or the involvement of more than one million creditors.

This is also the view of the crypto journalist Laura Shin. She expands on this point on her podcast, Unchained, in a discussion with Thomas Brazilel, founder and current CEO of 507 Capitaland a lawyer specializing in corporate insolvency issues. During this discussion, the journalists speculated that it might take up to 10 years to reimburse stakeholders.

➡ FTX bankruptcy: how do you deal with the novelty?

As we have seen, there are many complicating factors, especially one: the unknown. Legislators have never had to deal with a crypto-currency bankruptcy of this magnitude. As Joseph Moldovan, principal of the New York law firm Morrison Cohen, points out. What is most unusual about FTXThe problem is that debtors are complex entities with huge debts. Typically, there are months of delay. Commercial insolvency is usually a very granular process, carefully designed and developed before filing. This was not at all the case with the bankruptcy of FTX. We (creditors and other interested parties) are still waiting for the most basic information on the 130 different entities that have filed lawsuits. 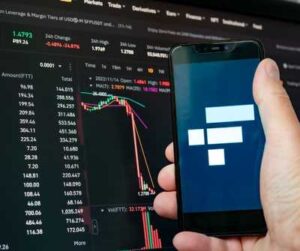 The difficulty of the case has nothing to do with the amount. To support this argument, two specific cases can be used: Lehman Brothers and Enron. Both bankruptcies involved billions of dollars in assets and thousands of creditors. The parameters FTX make it more difficult for creditors to map. Especially since the stock exchange bankruptcy case has still not reached a so-called "first day hearing". During these hearings, the debtor's lead counsel informs the public of the reasons for the filing of the (bankruptcy) case. The first hearing can usually provide guidelines. At this time, creditors are still waiting.

➡ The money, will it be recoverable from the creditors?

Corporate bankruptcy attorney Margaret Rosenfeld says, " It will be years before any creditor of FTX receives a penny back. That includes FTX's customers and other parties to whom FTX may have owed money."

In addition, as the case becomes complex and requires the intervention of third parties such as consultants, lawyers and accountants, the processing time will be extended, implying of course the payment of the fees of each party before any reimbursement.

When the misfortune of some makes the happiness of others

A hacker stole all of the funds remaining on the FTX trading platform. It can be said that he did not wait long, either the after the bankruptcymore precisely!

He also didn't hesitate to exchange all the cryptos foretherthese 228,523 ETH (about 288 million) now make him theone of the largest holders of ether in the world.

The risk that now lies in the possibility that the pirate resells all of his Ether. This would lead to a drastic drop in the price of Ether.

The risk itself thus generated a negative speculation of 2.5 % in less than 24 H.

The crisis also caused the price of Bitcoin to fall below 17,000$.

Ftx is not finished making news

Nearly a month after FTX's bankruptcy, the platform's demise continues to take its toll. NFT metadata hosted on FTX is now being redirected to a restructured website with information about the exchange's bankruptcy. The news was revealed by Solana's blockchain engineer Jac0xb.sol, who also revealed that FTX was using an API intended for Web2.

As a result, users affected by this unfortunate news were left with corrupted and worthless NFT metadata.

Rebound in the FTX case

The former CEO of the platform, Sam Bankman Fried, was recently arrestedMonday, December 12.

Detained in the Bahamas, the United States may request his extradition.

As noted by U.S. Attorney Damian Williams of the Southern District of New York, thearrest has been carried out at the request of the US government. Bahamian Attorney General Ryan Pinder said U.S. authorities may seek SBF's extradition to the United States. The charges against SBF include conspiracy activity, wire fraud, securities fraud, and money laundering.

The 1er Bahamian minister says in a statement:

The arrest of the former CEO of FTX came a day before his testimony before the House Financial Services Committee. However, his attorney told CNBC that he would not testify.

The digital will: to protect your data and wishes

Logging in without a password: how does it work?

The succession: how much time does the notary have?

New interface to leave your cryptos and passwords

How to secure your seed phrase on MetaMask?