The Web Summit brings together each year the biggest names in technology in the worldthrough major events international.

If the first conference held in Dublin in 2009 had gathered 150 people, it is now no less than half a million people who have come to attend the Web Summit in Lisbon, Rio, Collision in North America and RISE in Asia.

Designed as a private social network, it allows participants to send each other instant messages, login requests to access contact information and scan QR codes of potential prospects.

For the 2022 edition, the Web Summit Lisbon has gathered :

"We are partnering with global technology leaders and opening the floor to the next generation of entrepreneurs to show what the future of their industry looks like." Web Summit Partners

"Coming to the Web Summit is really an opportunity to look a little bit into the future, connect with it and be a part of it" Brad Smith, CEO of Microsoft

The Web Summit is therefore the right event to network with other companies, learn from your peers, discover and share exclusive information.

👉 A look back at the opening ceremony of the Web Summit

The opening of the Web Summit on November 1, 2022 was performed by a very special guest of honor this year, Olena Zelenska, who is none other than the first lady of the Ukrainian country.

She denounced the fact that the Russian government misuses the technology, even for terror, while Ukraine uses it for the good and security of the Ukrainian people.

Her intervention is not, without sadly reminding, that of her husband during the Cannes festival.

"We were lucky enough to be selected to participate in the Web Summit 2022 in Lisbon! 🥰" Legapass

The participation of the start-up Legapass to this major technological event was therefore unavoidable. Both to meet other digital security players and share with their peers, and to come and meet their users, people who are concerned about and want to protect their digital possessionsincluding the cryptocurrency.

Legapass allows its users to store the passwords of all their digital possessionsthe cryptocurrency including, in offline safes with a mapped security military level.

The Web Summit is also a timely event for a start-up to attract new investors for fundraising purposes.

These were the topics highlighted this year at this 2022 edition of the Web Summit in Lisbon.

Among the most anticipated speakers of the 2022 edition: Changpen Zhaothe no less famous CEO and co-founder of the cryptocurrency platform Binance !

Indeed, Bloomberg recognized Changpeng Zhao as one of the most influential people of 2020 and as someone who has really worked for the changing global business landscape.

At the forefront of blockchain, Binance is one of the largest international cryptocurrency exchange platforms.

The actor Ben McKenziehas teamed up with the journalist Jacob Silverman in order to write about fraud as well as the crypto-currency bubble and to discover more about the intricacies of this very own universe that is cryptography.

During the 2022 edition, we could catch them discussing crypto, debating about the amount of real money in circulation or even about the future of crypto, which might be living its last moments.

We can't talk about blockchain without mentioning Polkadot. Indeed, its concept is to unify and secure a growing ecosystem of specialized layer 1 blockchain named byachainsThis gives developers more flexibility and possibilities.

Polkadot is a real technological innovation as it allows to communicate between channels in a way that is completely secured for an interoperable web in a way decentralized.

A global view of data storage as well as the rates they charge are made available to users.

The goal for suppliers is to win the storage contract (the customer, the user who needs storage space). They are therefore competing with each other, so the prices become debatable.

The user then sends his data to the provider he has chosen.

Data providers must demonstrate to Filecoin that the data is properly stored, thus improving its rating and legitimacy. Filecoin verifies the security of the storage by means of cryptographic evidence. This evidence is submitted by suppliers in network blocks. Only correct blocks are accepted.

Clients can also search for a file in particular on the network through suppliers who may hold it.

The customer then selects his supplier (often the one who has responded the fastest and cheapest). Once the supplier is paid, the file is accessible to the customer.

Also present was the CEO of socios.com, Alexandre Dreyfus (made famous by the betting platform Winamax).

Socios.com is a dedicated application designed for soccer fans, which has developed partnerships with international soccer clubs.

"We have built a global sports network and created digital communities revolutionaries on Socios.comwhere fans can get involved and be rewarded with Fan Tokens.

Socios.com is able to offer its users the opportunity to participate in the life of their favorite clubs. Users with tokens of a team or club have the opportunity to vote on various subjects, access to information on mini-games allowing you to win prizes such as autographed jerseys.

"We strongly believe that the blockchain technology can greatly enhance the fan experience.

"These digital assets, built on the technology of blockchain of ChilizOur products are scalable to millions, allowing us to connect teams with their audiences in meaningful ways and in large numbers.

A strong craze for Web3

The Web3 describes a more decentralized version of today's web and therefore more blockchain-based. It remains an extremely controversial topic. Some speakers at the Web Summit have not hesitated to give their opinion on the issue, as was the case of Molly Whitethe famous creator of "Web 3 is going just great" which occurred during the edition.

His speech is critical.

First of all, it draws a picture of what the web is nowadays.

She says that with a term like Web3, "you don't necessarily know what it is until it happens.

In any case, for Molly WhiteIt must involve the blockchain. She understood, by dint of research, that should be part of the adventure, concepts such as the democratizationthe decentralization and the resistance to censorship.

This American engineer, also editor in chief of WikipediaIn fact, the author is afraid that Web3 is based on the credulity of people whose weaknesses are exploited by venture capitalists and founders to become even richer and make people believe that they should invest in their projects...Wrongly.

Tim Berners Lee, who is none other than the creator of the web, thinks that it is not normal that the web 3 has been targeted to represent the blockchain.

And on the other side, they are innovative start-ups who were present and made NFT the challenge of tomorrow.

According to Julian Holguinthe CEO of DoodlesIn the near future, everyone will be using NFTs without even realizing it.

We must also remember that last July, it was the tokens which were used to authenticate the tickets sold for theEd Sheeran.

➡ Web3 startups at the Web Summit

Many sectors are represented through brilliant concepts.

As the automotive marketput forward by the start-up Carchain which proposes tokenizing the car maintenance booklet for greater transparency for users.

In terms of social networkone of the latest is the American TakiWith the popularity of his work growing by the day, he has created a platform for artists and crypto enthusiasts.

L'environment is not left behind by the Web3 either. Thus, the company PlanetWatch rewards those who measure the air quality via NFT allowing their identification and access to gifts.

The field of finance is highlighted with Valhalla Networka DAO (Decentralized Autonomous Organization). Its goal is to eventually achieve a global community banking network.

Valhalla's governance token holders will control the DAO based on the submission and voting of proposals to all its members.

Monetizing data via the concept "Share to earn" is proposed by Pool Data that pays for cryptos to its users for sharing their data, a little bit like theSweatcoin application which pays its users for the number of steps they take over the course of a day. Sweatcoins are then credited to the app's account, which can be spent in the Sweatcoin store, donated or auctioned online.

Data security is also a very popular issue for Web3 start-ups. Let's take the example of Doxychainwhich has chosen to ensure the security of business documents through a system of authentication by tokenization.

Companies that were also present at Web Summit 2022:

TikTok US - Represented by Will Farrel, Security Manager

Teamviewer - Represented by Olivier SteilChairman of the Board and CEO

The list is of course not exhaustive, other very large groups such as : Mercedes Benz, Siemens and Legoalso being one of the speakers.

Also present were David Van WeelUnder-Secretary-General for Emerging Security Challenges, for theNATOthe queen Rania of Jordan, Marisa LagoUnder Secretary for International Trade at the U.S. Department of Commerce and Carme ArtigasSecretary of State for Digitalization and Artificial Intelligence of the Government of Spain.

The Web summit also brings together a large number of bloggers, youtubers, influencers, journalists, presenters, musicians, lawyers, publishers and political figures such as the President of the Republic of PortugalMarcelo Rebelo de Sousa, Fernando Médine, Minister of Finance of Portugal, the Minister of Economy and Maritime Affairs to the government of Portugal.

The 2022 edition also features world-famous celebrities such as Kelly Rutherford (famous interpreter of the role of Lily Van der Woodsen in the series Gossip Girl) who invested in Whyzzer or Eva Longoria and Ben McKenzie. 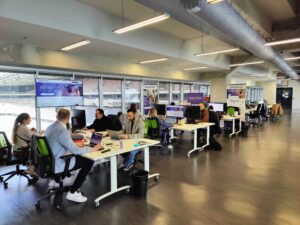 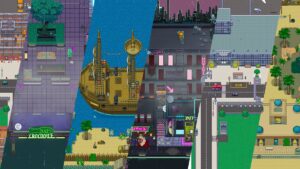 PrevPreviousInheriting a digital heritage: a pain in the ass!
NextAllianz France's gas pedal explores the metaverseNext